We chose the name River Park for our project because it most accurately reflects its location – next to the river Daugava and a beautiful park. Construction of the residential house was started in autumn 2013. The project was finished in December 2014. 37 and 37A Valdemāra street The building at 21 Merķeļa Street 21 Interbaltija purchased in 1997. Before that, the 5th Riga City Hospital was located here. Interbaltija redesigned the interior of the building, created office space on the upper floors, and transformed the lower floor into premises suitable for shops. The building was renovated in 1998. Prior to the reconstruction, the house at 7 Kaļķu Street was a burned down slum without windows or doors. Interbaltija restored the building and its facades to their historic appearance, furnished office space and ensured the preservation of the historic medieval prison basement. The building was renovated in 2001. It is known that until 1940, the third oldest pharmacy in Riga operated in this house. In the process of renovating the building, its façade was restored to its historic appearance, the interiors were completely arranged, as well as the connection of the house to the ”Konventa sēta” was restored. Built between the 18th – 19th centuries, the residential house at 11 Kaļķu Street once served as an office and shop building. Under habitation layer, wall paintings were discovered. When restoring the facade and interior of the building, Interbaltija preserved the historical interior decoration details as well as fragments of the wall paintings. The building was made into apartments and shops. Whereas, in the basement, where once a medieval wine cellar stood, a medieval restaurant “Rozengrāls” was established. Former bicycle factories, then a printing house, at 139 Brīvības Street, Interbaltija created 21 apartments with high ceilings and spacious rooms. The façade of the main Art Nouveau building on Brīvības Street has been preserved unchanged. The house “Bulvāra Rezidence” was reconstructed in 2006. On the courtyard side there are two staircases with newly created panoramic glass elevators. When Interbaltija bought a house at 8 Audēju Street, the house had been standing without partitions, partially demolished ceilings and roof for several years. Several institutions even declared the object as impossible to fix, but Interbaltija decided to reconstruct it. Until the reconstruction, the historic house was in danger of collapsing, so its restoration received special recognition both from experts and the public. In 2002, the LBA awarded it with the 1st place in the nomination “Restoration” as ”The best building of the year – 2002″. 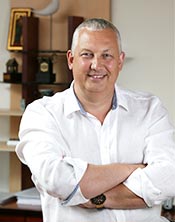 Book a visit
Are you planning to buy an appartment?

Want to book a viewing or interested in buying?